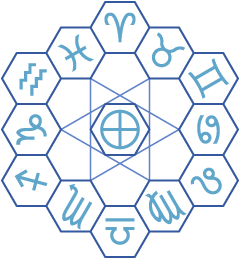 I feel something must be said about this astrological "sign shift" business that has set the 'tubes abuzz in recent days. There being twelve astrological signs ("Ophiuchus" notwithstanding) arranged around a central point, the issue is clearly one of both dozenal and hexagonal import. Despite the fact that I'm not all that into astrology (though I've learned enough over the years to inform my general fluency in Western occult symbolism), I feel the hexagonal principles at stake must be defended.

First of all, this is of course old news. I don't really understand why it keeps popping up in the media every few years, but this is simply the latest incarnation of a story that we've all been well aware of since classical antiquity, and that certainly should not come as news to anyone, anywhere. "Ophiuchus" has always been there, the twelve signs have never been symmetrically arranged in exact 30-degree sections, axial precession has always been going on, we always knew about it, nobody has ever cared, and nobody cares now.

Supporters of this most recent proposed realignment seem to be under the impression that the physical constellations in the sky need to be in specific locations in order for them to exert their "effects." Thus, they have rearranged the operative dates of the various signs, and added a spurious "thirteenth sign," in order to accord with the physical, astronomical alignment they deem necessary. While this is no doubt a legitimate interpretation to put forward (though a condescending one, when coming from avowed anti-astrologists), I believe it misses the only possible underlying point of astrology, particularly in the modern age. (To be fair, there seem to be two distinct issues here—the precession of the equinoxes, and this thirteenth sign business. I consider the latter to be the more specious of the two claims, and the one that is primarily addressed in this post.) 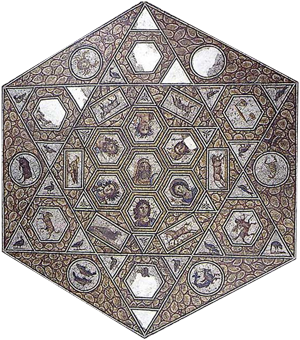 If we are to give any credence to astrology—and I am not at all suggesting we should—we must move beyond the naive paradigm of stars and planets physically affecting us through some preordained mythosymbolic arrangement. Rather, consider it this way (and I am by no means the first to suggest this): We are each an immensely complex, emergent, dissipative system embedded within vast hierarchies of other such systems. The planet itself is a complex dissipative structure, with electromagnetic and thermodynamic properties we have only begun to map and fully understand. Every planet in the solar system has, to some extent or another, its own magnetic field, its own unique unique thermodynamic properties, its own gravitational signature, et cetera. The galaxy itself has a magnetic field. And I don't want to sound like an electromagnetic chauvinist here—there could quite possibly be forces at work in our celestial neighborhood that we have not even begun to comprehend, let alone define and measure. So instead of viewing "astrology" as some puerile mythological interplay between literal Greek dieties and various archetypal forces associated with them, I would contend that it would perhaps be more illuminating to see it as simply an antiquated mythological overlay on real, measurable forces that affect this planet and its inhabitants as it circumambulates the sun, and as our system as a whole moves through the galaxy.

Seen this way, there is no need to ascribe any intrinsic meaning at all to incidental arrangements of stars—the physical zodiac is merely an arbitrary representation of discrete phases we pass through as various fields, forces, and systems interact with each other and affect us in different ways. The stars are irrelevant—far more important, presumably, is our orientation to the galaxy and to the sun, and our position in our (notably asymmetrical) orbit. As for the planets, it can easily be supposed that each major astronomical body in the Solar System, due to its unique makeup and signature, affects us in specific and observable ways that, over time, became associated with mythological archetypes invented specifically to explain them. For instance, to say that Jupiter is such-and-such on your birth chart, or whatever, can simply be understood as saying that the magnetic field of Jupiter (widely understood to be the largest "structure" in the Solar System) is arranged in a particular way relative to the Earth and the Sun, and that through empirical observation over the past 2,500 years or so, we are pretty confident that this will have such-and-such affect on the nascent nervous system of anyone born at this time. The fact that at some point in the past we associated this with the mythological character of Zeus is, ultimately, of no particular consequence. And this, to me, is not that outlandish an idea. I mean, maybe it's true, maybe it's not, but it's not a possibility that should be dismissed out of hand as easily as olden-style literal astrology perhaps can be.

So from the hexagonal perspective it is interesting that, in various times and places, there seems to have been a tendency for dodecadal partitioning in the arrangement of astrological concepts. Indeed, even the vastly different "Chinese Zodiac" proceeds in twelve-year cycles. This suggests that perhaps there is some underlying dozenal or hexadic structure to such systems. I cannot, at this point, even begin to speculate on what sort of structure this might be. But, in the case of the solar zodiac of Indo-European astrology at least, the twelve signs would seem to imply a deeply hexagonal or dozenagonal structure to the Solar System at large. This perhaps ties in with my previously-mentioned hypothesis of some sort of "hexagonal overmind" underlying the emergence of life and complex structures on our planet. Perhaps indeed a hexagonal overmind is operating on the solar level as well, organizing the entire system according to subtle hexagonal principles.

None of this, of course, rules out the possibility that equinoctial precession has in fact shifted the alignment of whatever hexagonal forces may underlie the nominal symbolism of the Western zodiac. Indeed, it is probably something that should be looked into, and perhaps addressed with some scientific rigor in the context of interpretations such as those I have put forward here. I think the the answer probably depends on whether the dominant forces involved are solar or galactic, and to what extent. But this of course has only a very indirect connection to the actual constellations in question, and to suggest that we must rearrange the astrological signs to correspond specifically with their observed location is infantile and bizarre. I mean, in light of all that I said about magnetic fields, et cetera, I suppose one cannot entirely rule out the idea that the stars in the constellations themselves exert some effect on us, but the fact that most stars in most constellations are not even remotely near each other would seem to argue pretty forcefully against this idea being entertained too seriously.

This entire episode strikes me as nothing but a misguided and misinformed attempt to discredit a potentially worthwhile field of study—already unfairly burdened with cultural baggage—based on demonstrably fallacious assumptions. One can only hope that the ensuing media spectacle at least encourages us, as a society, to look deeply at the assumptions underlying our interpretation of astrological ideas, and perhaps to reevaluate them in light of modern scientific and hexagonal principles.