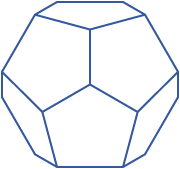 I am hopeful that eventually more data from WMAP or its successors will shed further light on this hypothesis.

[Edit 2013-05: This hypothesis continues to be mentioned, and was highlighted in a recent basic cable show on cosmology that I can't be bothered to look up right now. Suffice to say there have been no new developments, but it is taken seriously by researchers, and corroborating evidence is being actively sought.]