Beyond the obvious layout changes, the guiding principle behind the new site has been a reorientation towards a non-blog or blog-neutral format, with an emphasize (in the long term) on well-ordered, navigable, hierarchical content not tied to any particular chronological presentation. One may recall that, after the first major upgrade of the site in the winter of 2010-2011, I made a big point of emphasizing how "everything" would now be a "blog post"—there would be no forum posts, no fixed content pages, no "gallery" pages, just a single, monolithic content type that would typically—though not exclusively—be presented in blog-like format. This, ultimately, was a really stupid idea. Both because the blog format in general is not a one-size-fits-all solution for content sites, but also because I have come to understand that I, in particular, am uniquely unsuited to maintaining an active blog (or any sort of real-time creative feed, as attested to by my numerous mostly-dormant social media properties).

Henceforth, the blog shall be maintained for time-sensitive news and announcements, but will no longer be used for all new content posts. In the future, new content will simply be inserted into its appropriate place in the hierarchy. I may write blog posts announcing particularly major content additions, but these will typically be distinct from the content itself. I may or may not also use the blog to post certain ephemeral content that, while not necessary time-sensitive, nonetheless may be of interest to the casual blog-reader, while not necessarily otherwise adding much to the core content corpus. In short, the blog is going to be a normal blog. We all know what blogs are, and that is what it is going to be. I've adjusted the status of past posts in light of this new system, but due to the ambiguity of some middle-era content (2011 – present), I found myself erring on the side of maintaining blog status when uncertainly arose as to how particular posts should be categorized.

Despite my efforts to reinvent the whole UX here, the overall site structure remains largely the same, at least for now. There is the (newly expanded) Hexagonal Library of core content, the sortable Node Index of all published content, the Hexagonal Image Gallery containing links to all nodes with featured images, and a directory of Tags. In addition to these traditional Hexnetian standbys, I have added a new Categories page, which is basically a tag-like hierarchical taxonomy that I originally developed to replace the Library, by which isn't quite up to that task yet. I don't actually recommend using it for anything. It will hopefully prove more useful in the future future though, and may still be of some use to people at present, I don't know. The gallery as well continues to be a flawed tool that really needs to be improved, but even in its flawed state it serves an important role, and I certainly can't imagine the site without it. We also of course continue to maintain the Hexagonal News feeds, though in a slightly scaled back form, and have of late reintroduced the Hexagonbot feed, after some months of absence due to Twitter's retarded new API rules. Finally, after foolishly removing them during last year's ill-fated Drupal 7 migration, I've recreated a system of "related nodes" to link the interested reader to related content where appropriate. At present these can be found in the right sidebar and at the bottom of the main content area.

I've spent a good deal of time updating, expanding, and reorganizing the core site content. This will hopefully be an ongoing process, and for the foreseeable future it will be my intention to update old content at least as often as I add new content, until the former achieves some sort of passable consistency vis-a-vis overall quality, clarity, etc. At the same time, I've also deleted a fair number of what I will loosely term "crap posts"—if you came here looking for the picture of a "hexagonal water" bottle, or that picture of a bag of hexagonal crackers I took at Whole Foods that one time, then I'm sorry to disappoint you, but this material simply fell beneath the threshold of quality I'm now striving for. I also deleted the bulk of my "site update" posts, particularly from the past two years, since they were mostly just me ranting about Drupal, and weren't really adding anything. I also deleted a few posts that touched on, I think, pertinent and interesting ideas, but which weren't really presented in a way that was at all compelling or, like, worth reading. Again, I intend to circle back and redo much of this as time permits.

In addition to hopefully moving towards a non-blog-centric content model, I'm also officially dropping any pretense that Hexnet will serve as some sort of "community" site, or as a "hub" for communal hexagonal activity. This is not now, and will not for the foreseeable future be, the sort of site where people can maintain their own blogs, "network" with other hexagonally aware individuals, etc. There is a core user system that allows minimal user profiles, comments, and email notifications regarding comment replies, and I may reintroduce some sort of limited forum in the future, if it can be done in a way that's not completely lame, but that's it. This is my site, dedicated to my presentation of my weird ideas, and it will be organized as such. To that end, I've removed all residual "forum" posts that were upgraded to "blog" posts during the "everything's a blog post" era, and—due to the platform change from Drupal to Rails—I've also deleted most extant user accounts. Again comments are still welcome, visitors can and by all means should create user accounts, and it is even possible that at some point I will bring in specific collaborators to contribute core material to the site, but it will not be an open platform where everyone is invited to post their own crap as primary content. I am working, separately, on other projects that may eventually be able to facilitate this broader communal functionality. But that is not what we will be doing here.

For now, those interested in communal hexagonal discussion and debate are advised to join Hexagonal Awareness on Google+, Hexagons Are Better Than Squares on Facebook, or Hexagon-Group on Google Groups.

Finally, I have also abandoned the integrated Amazon store. Content links to Amazon products now simply direct to the Amazon pages themselves—which is I think probably a far less sketchy experience for the end user anyway. There is also an Amazon search option on the search page, which I encourage interested visitors to avail themselves of. These links, of course, go through our affiliate account with Amazon, and some increasingly-diminutive fraction of your purchases will go towards advancing the noble cause of hexagonal awareness, &c., which I think we can all agree is something worth supporting. In a similar vein, after reaching my absolute limit of sketchball behavior from CafePress, I've moved to a new Zazzle store for Hexnet and hexagonal awareness merchandise. Zazzle has its own weird issues, but all in all I think it's a much better, more versatile solution than the old store, and I look forward to expanding it to include a more diverse and elaborate selection of tasteful hexagonal merchandise in the near future. 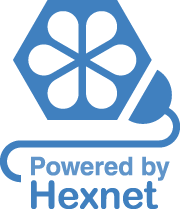 Are you guys really worshipping a shape? Or are you secretly into this Saturn worship like everyone else?

On the contrary, I think you will find that, on closer inspection, Saturn worship is really just a sort of degenerate cryptohexagonalism.

Does one offer guest writers to write content for you personally?

Hey this is kind of of off topic but I was wanting to know if blogs use WYSIWYG editors or if you have to manually code with HTML.

WYSIWYG HTML editors are an abomination. I've never used them on sites of my own design, and don't imagine I ever will.

(Speaking of the in-page text editors for posting replies and comments here, which is what I am taking the question to be about—of course I don't use them on the development side either.)