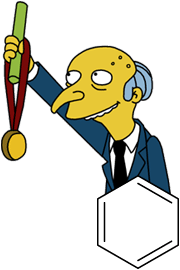 I have been reading about the PAH world hypothesis, and have come to see it as an intriguing indicator of the potentially hexagonal origins of life on earth.

Essentially, it is conjectured that, since polycyclic aromatic hydrocarbons are among the most common spaceborne molecules in the known universe, they would have likely been a constituent in the primordial seas of Earth, where they could have provided some sort of scaffolding or template on which early biological polymers such as RNA could assemble, thus solving a frequently-raised objection to the RNA world hypothesis that RNA is too fragile and transient to survive long outside of an extant cell or similar protective environment. By providing a structural backbone on which reasonably complex RNA strands and such could self-assemble, the PAH world would have given early pre-cellular life a fighting chance of finding its way into protective lipid bubbles, weird mineral formations, or what have you, where given enough replicative iterations it presumably developed into proper cellular life as we know it.

Posted by hexnet :: 2010-04-14 03:03
"Graphene is a flat monolayer of carbon atoms tightly packed into a two-dimensional (2D) honeycomb lattice, and is a basic building block for graphitic materials of all other dimensionalities. It can be wrapped up into 0D fullerenes, rolled into 1D nanotubes or stacked into 3D graphite."
Tags:
nanotech, carbon, graphene, hexagonal lattice, molecule
Recent nodes
Tags