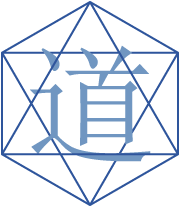 "The whole secret of life and of creative energy consists in flowing with gravity. Even when he leaps and bounces our cat is going with it. This is the way the whole earth and everything in the universe beehives.*"

The footnote then explains:

"* Harrumph! Excuse the pun, but it is important, because bees live in hexagonal as distinct from quadrilateral structures, and this is the natural way in which all things, such as bubbles and pebbles, congregate, nestling into each other by gravity. It will follow, because 2 x 6 is 12, that—as Buckminster Fuller has pointed out—a number system to the base 12 (duodecimal) is closer to nature than one to the base 10 (decimal). For 12 is divisible by both 2 and 3, whereas 10 is not. After all, we use the base 12 for measuring circles and spheres and time, and so can "think in circles" around people who use only meters. The world is better duodecimalized than decimated."

This is, significantly, the first instance I have ever come across of anyone besides myself linking hexagons with dozenals. Watts was a keen observer of patterns in nature, and though he makes a rather abrupt arithmetic leap here from hexagonal packing to base twelve, I have no doubt that he understood—at least intuitively—the underlying hexagonal relationships that unite these two concepts.

But intriguingly, in Tao: The Watercourse Way, Watts writes the following:

"Even abstract and nonobjective paintings have the same forms that may be found in the molecules of metals or the markings on shells. As soon as this beauty is pointed out it is immediately recognized, though we cannot say just why it appeals to us. When aestheticians and art critics try to explain it by showing works of art with Euclidean diagrams superimposed on them—supposedly to demonstrate elegance of proportion or rhythm—they simply make fools of themselves. Bubbles do not interest one merely because they congregate in hexagons or have measurable surface tensions. Geometrization always reduces natural form to something less than itself, to an oversimplification and rigidity which screens out the dancing curvaceousness of nature."

This is a somewhat different, possibly even contradictory sentiment, and one that I believe is well worth addressing in the context of hexagonal awareness.

Anyone who is familiar with Watts' work will no doubt remember his general take on geometry in nature—extolling the virtues of "wiggly" versus "straight" lines, et cetera. I don't disagree with his sentiments in this regard, but I do believe there may be a semantic difference between us here. Clearly, the wiggles and such of the "natural" world are but a geometry of a more subtle order than the more elemental forms we are familiar with in the human-conceived world (such as, for instance, certain simple convex polygons). In terms of the geometry of the living, growing, cellular world that dominates the surface of the planet we inhabit, this subtle geometry extends in several conceptual dimensions: on the one hand, there are the well-known geometrical and mathematical patterns that emerge in complex living organisms—the close-packing of seeds in a flower, the golden ratio in the curve of a nautilus shell or in the iterations of leaves, et cetera—and on the other, there is the inescapable fact that life itself is composed of biomolecules that behave, on the smallest scales, in a strictly geometrical and mathematical fashion.

Regardless of the particulars, it should be self-evident that even the wiggliest and most superficially "non-geometrical" natural systems can be understood as having geometrical order to them—geometry, after all, should be able to describe all forms and structures in space. Such geometrical order is, in turn, part of the larger continuum of mathematical order that governs the cosmos.

This is obviously the basic premise of modern science, in the broadest sense: that the universe can be understood mathematically. To the extent that some people seem to shy away from this fairly self-evident fact, I can't help but feel it is probably motivated more by an emotional distaste for "math" than by any real ontological disagreement. At any rate, it shouldn't be a very controversial statement to say that we live in a universe governed by mathematical principles—however subtle they may be—and thus that all things and systems within the universe can be understood mathematically. They can certainly be understood in other ways as well, but I do not feel it diminishes or subtracts from their grandeur or mystery to concede that, ultimately, they are mathematical processes. I would indeed go so far as to say the universe itself is mathematics, but that is perhaps an ontological question best left for another time (and which may in fact be meaningless).

Thus, I have never been entirely comfortable with the characterizations of those who would seem to limit mathematical interpretations of reality to only the crudest and most stilted expressions of constructive geometry. While I feel this is primarily a semantic disagreement, and that most who make these characterizations would not seriously challenge the mathematical underpinnings of reality (math is a pretty broad concept after all), I do feel that it points to the slightly different ways in which we relate to the universe. In passages such as this, Watts and others seem to suggest that there is a way to the flow of nature that is ultimately ineffable and undefinable, but which can be understood outside of the trappings of logic and mathematics. I would not deny that such a way clearly exists, but it is my strong suspicion that it need not remain beyond the realm of mathematical understanding. This is not to say that we should lose any sleep over defining the Tao mathemtically, or that it would even be feasible at this point in our understanding of the universe to do so, only that there must be some sort of mathematical order to it that is open to discovery and definition—probably involving hexagons.

This is all possibly rather beside the point though, since Watts clearly implied in the second quotation that the hexagonality of bubbles was interesting, only that they are not the limit of our interest. And I generally agree with that (though obviously, I find the hexagons particularly interesting). But I don't really believe we can divorce the hexagonal issue from our considerations of broader patterns in nature, or their aesthetic implications, however we choose to conceptualize them. Indeed, it is the very prominence and ubiquity of these hexagonal patterns—as Watts himself alluded to in the first quotation—that lead us to suspect they are indicative of a deeper order in nature. I will not go so far as to posit any sort of primal supremacy to the hexagon—the very concept is, after all, contingent on any number of mathematical axioms—but I will suggest that, of all possible realities, within all possible mathematical systems, we seem to find ourselves enmeshed in a uniquely hexagonal one, where hexagonal and parahexagonal principles play a conspicuous role in the spectrum of mathematical realities governing our existence.

To take this point a step further: if the set of all possible mathematics is greater than the set of mathematics that meaningfully describe our reality (and I assume that it is), the hexagon could be construed as something analogous to a musical key. As we say that a particular musical piece is played in the key of C, so we could say that our reality is a mathematical system played in the key of hexagons. That is, the hexagon could be some sort of ontological bridge between all possible realities and the broadest contours of our particular reality, or if you will perhaps something akin to a lense of sorts, focusing reality into a coherent, self-consistent mathematical universe. In this sense, there could be countless other realities—branching off at the most fundamental ontological level—that coalesce around mathematical objects that we, perhaps by definition, cannot even conceive of.

I don't actually understand what that would even mean, but I find it an interesting idea.