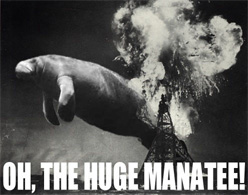 I seem to have taken an unintentional hiatus from putting my ass into this project, due largely to the fact that it has of late been too hot to move, think, or do anything at all really. Come hell or high water though, I will "launch" this site by the first of Sextilis, being actually the fifteenth (13th;) anniversary of the launch of my first Hexnet site, back in 1995. That is probably an unnecessarily dramatic theme to tie in with this whole procedure, but it seems silly to allow such an auspicious date to pass unobserved. Also, I really need to get on with this. I mean, I have numerous medium-term goals to tweak the layout—I want to clean up and expand the links section, among other things—but most of that can wait. I am really just trying to wrap up a bit of library content, actually. Which at this point seems fairly silly, since I long ago gave up on my original idea of having some sort of centralized "Hexagonal Manifesto" or what have you, in favor of a more modular if somewhat disjointed collection of one-off content items and such. Anyway, since 1 August falls lamentably on a Sunday this year, which is a terrible day to do anything PR-wise (as is the entire month of August, really), I expect to do some sort of formal what have you by next week some time. Or you know whenever.

That is all. Thank you for your attention