“When the going gets weird, the weird turn pro.” – Hunter S. Thompson 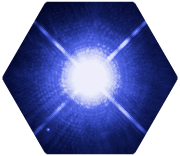 The last components necessary to make this site passably acceptable to me were completed last evening. Thus, as promised, on time and under budget, I hereby declare this site to exist. Several important facts to keep in mind:

First and foremost, the site is of course not really done. Also it still sort of sucks. But it is functional enough that it stands on its own, does not have any overtly malfunctioning content, and generally seems to work pretty well, so rather than delaying any longer I am just going to put it out there. But I expect to be adding many useful and pertinent features and content items in the coming weeks and months. So check back often or something.

The Library is still fairly sparsely populated. I had originally intended to amass a vast collection of hexagon-related writings from around the internet, but this plan was somewhat hindered by the general non-existence of such writings. Nonetheless, there are a handful of interesting items I have collected for the library, and for that I am indebted to those who have granted me permission over the past several months to host their material here—specifically Patrick Mulcahy of AstroQab, Donald Goodman of Triumvir Sapientiae, Charles H Smith of Western Kentucky University, and of course the good people at the Dozenal Society of America [Edit 2013-10: an organization I now serve as vice president of, but which I had no affiliation with when I started work on this site]. I would also like to thank my esteemed friends at Texarrakis, without whose inspiration I would have neither started nor completed this entire project.

Thus, aside from a couple of short articles I prepared recently on relevant topics, there is not a very large collection of general hexagonal material in the library. It swings wildly from, say, random 19th century articles about bees, to hexagonal Kabbalah, to a fairly disproportionate sampling of vintage dozenalist essays, et cetera. I am assuming this will even out over time. But for now, please bear in mind that the bulk of the "content" on this site can be found in the Hexagonal Gallery and the Hexagonal Blog. The gallery in particular has proved to be an agreeable forum for me to post paragraph-length blurbs about specific aspects of hexagons or what have you. The collection of images itself is not particularly comprehensive of hexagonal topics, but much of what is there is fairly well documented. I still have to go through and finish tagging many of the images though, and writing up better descriptions for them.

The blog will, I imagine, be the primary outlet for my hexagonal thinking going forward. Hexagons are not generally a really time-sensitive issue though, so this is not something that requires any sort of daily, hour-by-hour attention. Expect to see new material there on a scale of weeks, not days or hours. I don't know how that will all work out though—I am a very, very lazy man, and from time to time I have been known to go months if not years without writing anything of substance.

I would like to see the Forum turn into some sort of focal point for hexagonalist activities on the internet. I do not actually expect this to happen though, due both to the fact that nobody actually uses web fora anymore, and that there is not really any hexagonalist activity to speak of on the internet. Please do feel free to avail yourself of it though. It is not a great forum, but I spent a good deal of time theming it to be somewhat consistent with the rest of this site (which was not easy given the bullshit CSS that came with it), and I think it looks somewhat okay given its limitations. [EDIT 2011-01: The forum no longer exists. Too bad.]

Regarding library articles, gallery images, blog posts, and forum topics: you will find a "Related content" block on the right side of the page that provides links to relevantly-tagged content elsewhere on the site. This should allow the inquisitive visitor to travel between content pages laterally, by subject, rather than going back to the main blog page or gallery page or what have you, which I think should be fairly useful.

This site does not display worth shit in older versions of IE. I made some last-minute patches today that should allow most pages (including the home page) to be nominally readable in IE6 [Edit 2013-10: Stop using IE6 ffs], but only barely. They still look pretty offensive. The visual format of this site in particular is built on transparent PNG images, and they just outright don't work in IE6. I am not going to concern myself with this too much. Life is too short to rewrite everything to work well with bad software. I refuse to do it.

In conclusion, for a general idea where I'm coming from, please consider reading the About Hexnet page, which is pointless, but long.

As always, if you run into any major flaws, bugs, typos, or otherwise awkward occurrences that should be brought to my attention, please contact me. Thank you.

(The "v.3.0" is in reference to my roughly two earlier sites by this name back in the day. It is not a formal designation you will find anywhere on the site. I am, however, already mentally planning out the next iteration of Hexnet.org, and need some way to keep track of its different incarnations.)