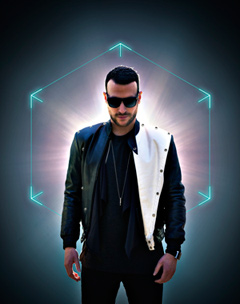 I have given this a great deal of thought—like, a great deal of thought. I am quite conscious of how arrangements such as this could compromise the philosophical integrity of the hexagonal awareness movement, or at least give the outward appearance of such. But I ultimately concluded that this is a meaningful and constructive opportunity to advance the hexagonal cause that must be embraced if hexagonal awareness is to thrive as a cultural and social force in the modern world. Indeed, it is the duty and responsibility of the hexagonal awareness movement to support all those who stand for hexagonal principles, wherever they may be, and whatever form their hexagonal work may take (within the bounds of reason and good taste of course).

To this end, I am pleased to announce that the Hexagonal Awareness Society, in its capacity as a religious organization charged with supporting and promoting the principles of hexagonal awareness and hexagonal consciousness, has agreed to extend ministerial ordinations to both Don Diablo (né Don Pepijn Schipper) and creative director Emile van de Coevering, effective immediately, in the interest of assisting them with the advancement of hexagonal awareness through this important project.

It goes without saying, of course, that we have not taken this exceptional step in exchange for any monetary consideration, nor should it be construed as asserting any broader position on other artistic works by the parties involved. But we wholly support them in their decision to put hexagons and hexagonal ideas at the forefront of this project, and we are excited to bring our unique experience and standing on hexagonal matters to bear in its further development. We at HEXNET.ORG continue to believe in the transcendental, transformative power of bringing the Good News of hexagonal awareness to those who may not have previously been aware of hexagons, and we firmly believe the awareness inspired by this show—and by the similar efforts of countless other hexagonally-minded artists throughout the world—will prove to be a lasting and significant contribution to this important process, and we are pleased to be able to contribute to it in some small way.